WIRELESS NETWORKING
Wireless networking (WLAN) is possibly the most cost-efficient means of connecting computers.
It's a fact that over time, your networked PCs will be moved to many different locations - and a WLAN can save you time and money!

The current standard world-wide is 802.11n, designed to increase WLAN speeds to at least 100M bps for data and throughput rates.

Wireless networking has become a cost-efficient and secure way to connect computers. Wireless cards are available in nearly every interface and form, including PC Card (CardBus), Compact Flash, and USB.
Imagine the world without wires . . .
There's some good information about 'How Wireless Networks Work' HERE.

THE WIRED NETWORK
Given the limits of wireless in some situations it's a good idea to install a wired network where feasible. Wired networks offer higher speeds, less interference, and (note) about the same security. The actual cost of wire is not as great as you might think; but labour costs and your future plans will determine whether a wired network makes better sense for your business.

POWERLINE NETWORKING
Powerline networking is one of several ways to connect the computers in your home. It uses the electrical wiring in your building to create a network.
Sending signals across a building's electrical wiring isn't a 21st century idea, in fact, power companies have been sending control signals over the mains since the 1920s − it's how electricity meters know when to switch to an off-peak rate.
A Powerline network is essentially a wired network with (mostly) hidden wires.
For a detailed explanation of how this works, click HERE. 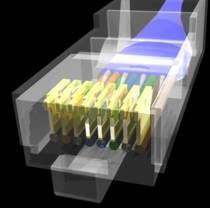 Where to find us:

Unless you are a client, we are only available via email or by clicking here.

However, note that our Service Centre & Helpdesk are available to our clients 24/7.